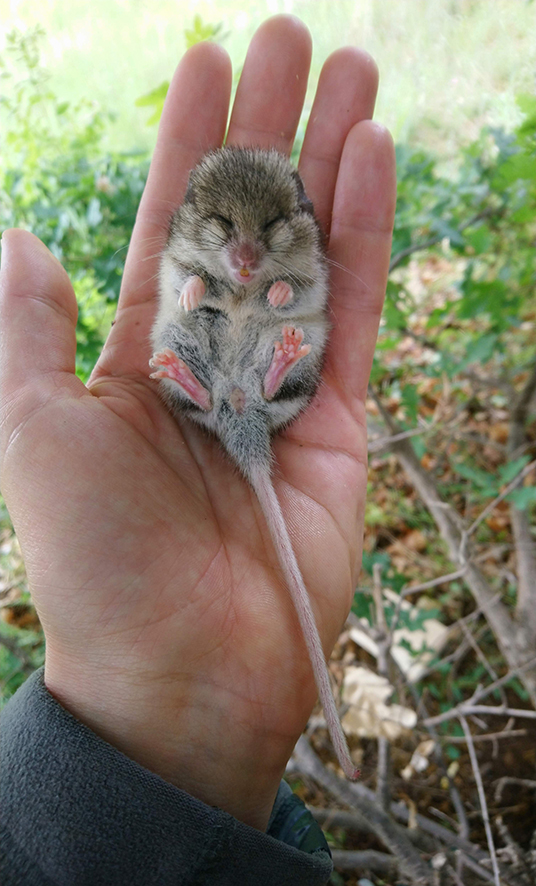 Last summer, during fieldwork in SE Bulgaria, 30 Mouse-tailed dormice were caught in live traps. Quite a lot for a species that was thought to be almost extinct in Bulgaria.

Missing for almost 40 years the Mouse-tailed dormouse (Myomimus roachi Bate 1937) was rediscovered in 2017 when during routine field survey a single specimen was caught. In next year, Nedko Nedyalkov placed 20 next-boxes in two plots and checked these occasionally. In 2019 a small team of Nedko and colleagues carried out an extensive field survey in the same location where the animal in 2017 was caught in order to collect more information and data about this rare and elusive dormouse. An additional 60 nest boxes were installed, as well as 100 live traps (type Longworth and Deufa) and 4 wildlife cameras. The fieldwork was realised between May and September 2019. Every month the plots were visited twice – once for live-trapping and the second time to check nest boxes and wildlife cameras. Additional checks of the nest boxes were done in October and November 2019.

Surprisingly for us, a week after setting the new nest boxes we found one occupied by a female Mouse-tailed dormouse. Clearly, nest boxes are eagerly accepted by the dormice. They provide extra shelter and are also used for rearing young. 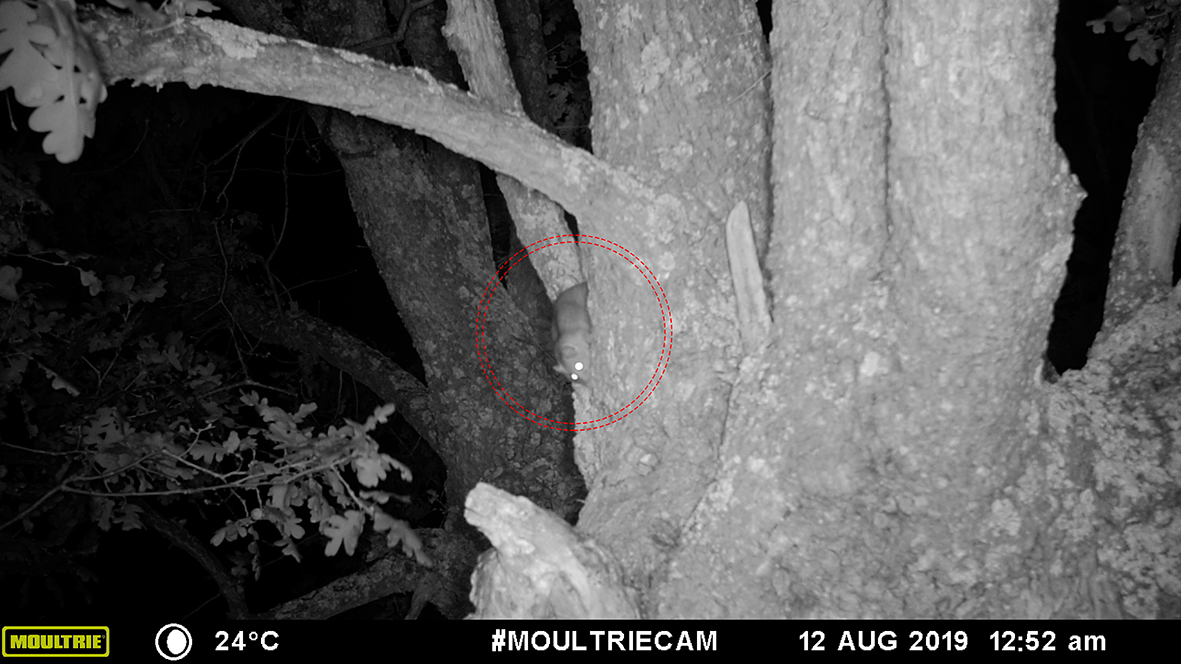 During the field survey, it has been found that Mouse-tailed dormice are active for only four months from May till August, and reproduced only once. Maybe, for this reason, the species is so rare, but our results are preliminary to make any further conclusions. Even with this preliminary survey, we collected valuable data about the species activity, numbers and habitat preferences which we will use in the conservation planning.

Tissue samples (for genetic and parasitological analysis) and dozens of gigabytes with pictures and videos have been collected with the wildlife cameras. They will be analysed in the following months before the new field season starts. Preparations for the next field season already started!

Some other inhabitants of the nest boxes: 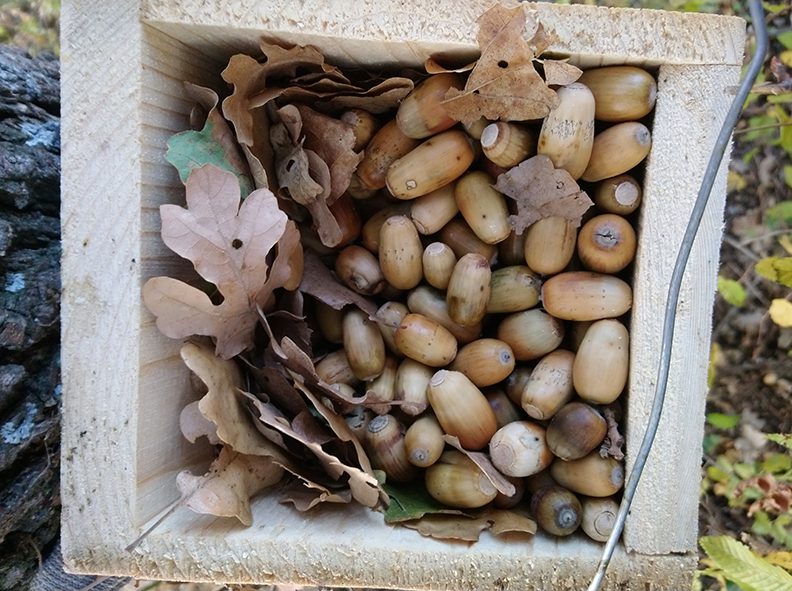 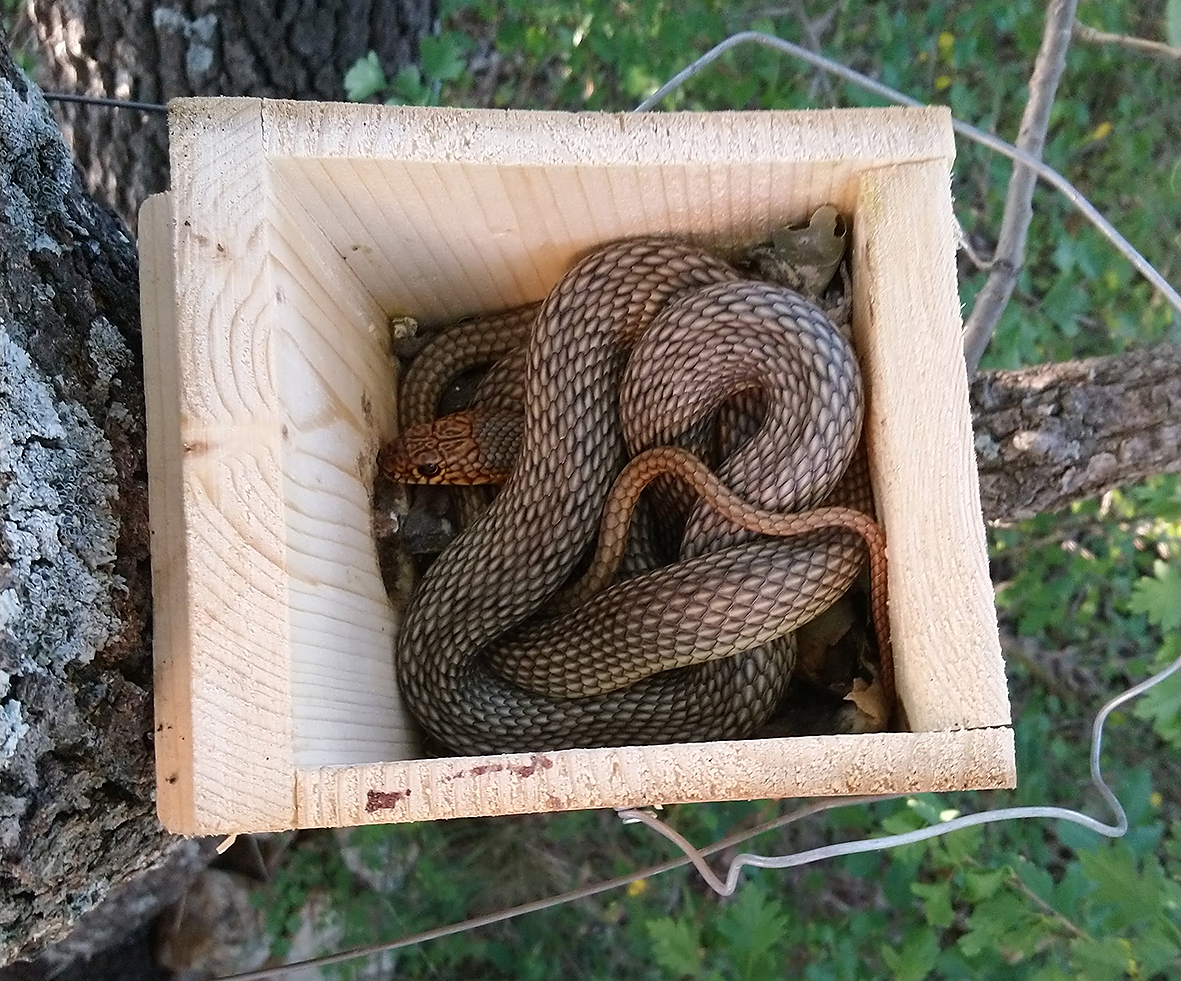