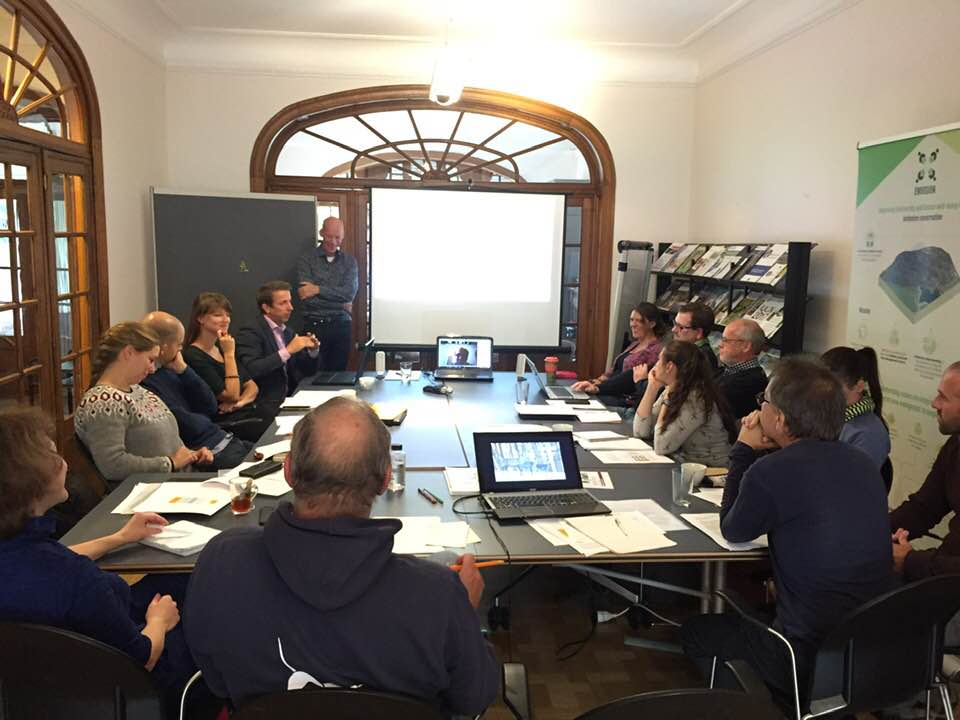 Thriving populations of native European mammals, in a world where mammals and humans live together in harmony, that’s the vision of the European Mammal Conservation Network.

On the 4th of October 2019, the first meeting of the European Mammal Conservation Network took place. Eleven national mammal conservation organisations and more, supported by IUCN Europe, met to set up the next steps to change the future of European mammals. All agreed that more ambitious actions are needed if we want to preserve the mammal diversity in Europe in the next decades.

In 2007 IUCN Europe published the Red List of European mammals. It showed that 15% of our species are threatened with extinction, 27% were identified as declining and another 33% had an unknown population trend. Of only 8% of the 264 mammal species, the populations were increasing. Since then, a lot was done to improve the status of mammals, and nature in general, in Europe. Like, for instance, designating Natura 2000 sites for specific mammal species, and incorporating prohibitions of the EU Habitats Directive in national species protection laws. Some species clearly benefitted from the improved protection and management. However, in 2012 only 8 of the 96 terrestrial mammals (8%) and 2 of the 41 marine mammals (<5%) protected under the EU Habitats Directive are in a favourable conservation state within the whole of their distribution range in the European Union. Actually, of 30% of the terrestrial and 90% (!) of the marine mammal species the conservation state in the whole of the EU is unknown. What could these figures be for the other 20 European countries that aren’t member of the EU? Also, for those species whose populations increase and distributions expand (e.g. wolf, bear, jackal) the future doesn’t look bright, because many people fear their presence, especially in the newly colonised regions, and call for actions to stop the expansion. Why, despite national and EU policy and legislation doesn’t the conservation state of native European mammals change? And what can we do about it?

We, the mammal conservationists and researchers in Europe, want to reverse the species decline and achieve thriving populations of native European mammals by convincing the Europeans that they share the continent with mammals and that there are ways to live with each other in harmony.

The above-mentioned objective requires a pan-European approach, in which as many mammal conservationists and researchers as possible work together.

A European Mammal Conservation Network, a multinational network of specialists in mammal ecology and conservation, a human repository – a database of hundreds of brains with rich dynamic ever-growing knowledge, reacting in a promptly, to-the-point manner – can boost enormously the stream of specialised tailored information to policy, the private sectors and the general public, improving the quality and the enforcement of laws and regulations, enhancing their efficacy towards the realisation of European biodiversity goals.