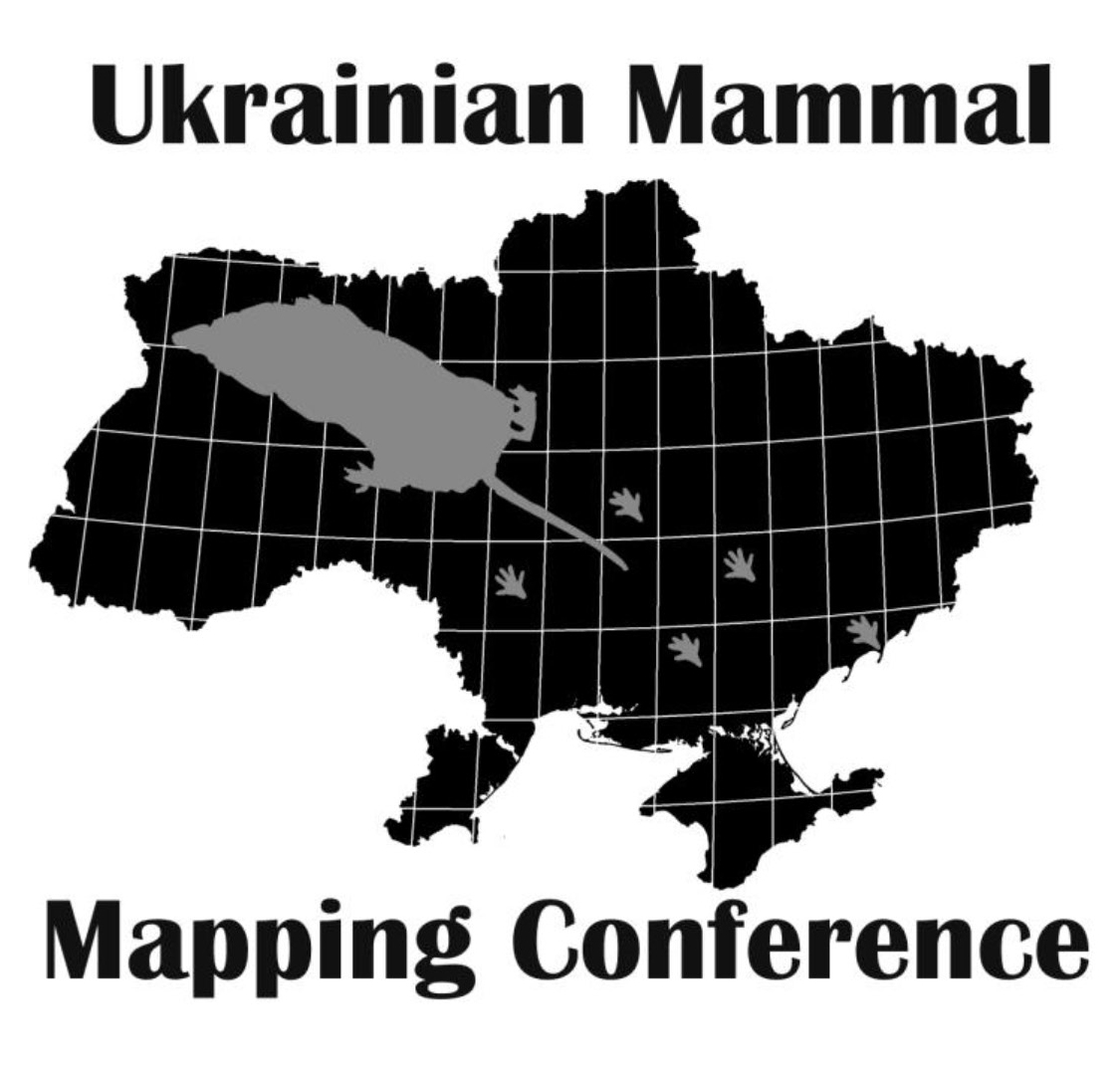 The Ukrainian Biodiversity Information Network (UkrBIN) stores sightings of plants and animals in Ukraine. During the Ukrainian Mammal Mapping Conference (UMMC) in March 2019, 24 researchers throughout Ukraine reported 3605 registrations of 99 species of mammals in Ukraine.

In order to prepare the first National Atlas of Ukrainian Mammals, inspired by and intend to become part of the second edition of the European Mammal Mapping Atlas (EMMA2), the Schmalhausen Institute of Zoology of the National Academy of Science of Ukraine, the Kiev Zoo, and the Ukrainian Biodiversity Information Network organised the first Ukrainian Mammal Mapping Conference (UMMC). The goals of the UMMC were:

A short report of the conference can be downloaded here (PDF file): Report UMMC 2019 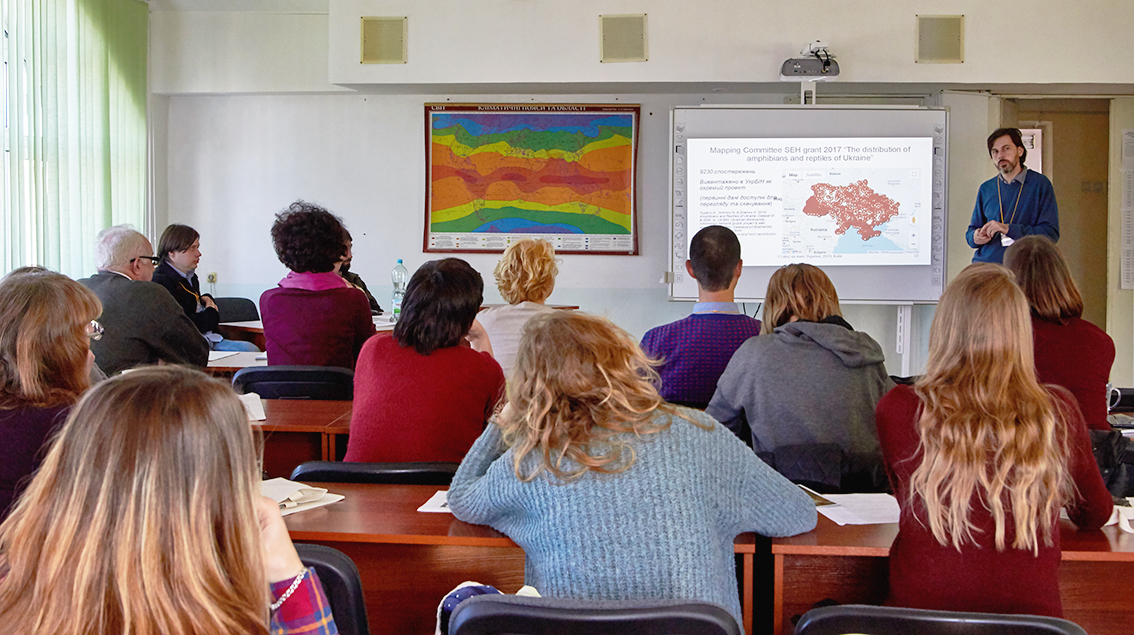 In short, it can be stated that the conference was a success. In two days the participants received a lot of information about field surveys on mammals, digitising wildlife sightings and storing them in online databases, the use of mobile apps to collect data and the value of distribution data for science and conservation, especially when shared with colleagues and the wider public through projects as the Europen Mammal Atlas (EMMA2), European Breeding Bird Atlas (EBBA2), European Reptiles & Amphibians Atlas and the Global Biodiversity Information Facility (GBIF). Especially interesting were the different processes used to collect and digitise sightings. For example, whether to involve as many people (professionals and citizens) as possible to carry out fieldwork in a standardised way, or to hire a few specialists to collate and digitise existing data. Presentations by the national coordinators of EMMA2 from Bulgaria, Moldova and Belarus gave examples of other possibilities to collect data and store it in a (national) database and also highlighted the differences between Eastern European countries in 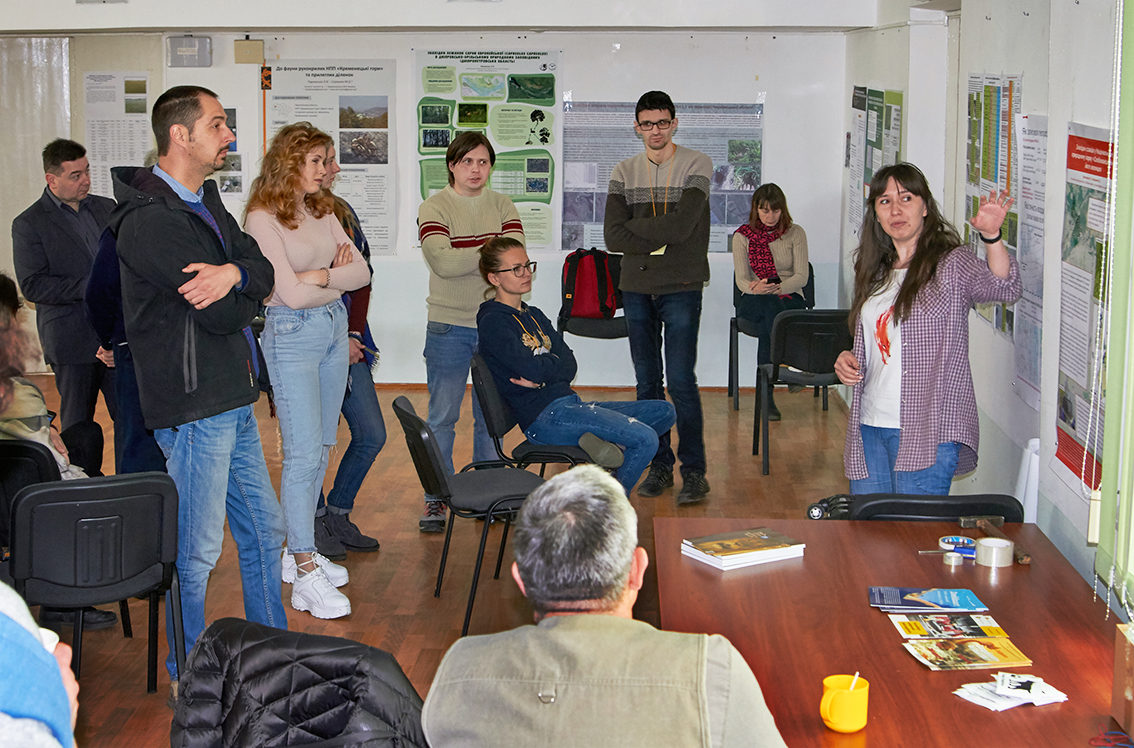 the cooperation between research institutions and governmental agencies. Sadly, in Ukraine, this cooperation is still lacking. A presentation by WWF Ukraine initiated a discussion about the cooperation between scientists and conservationists. All parties agreed that there is a potential in such cooperation through organising summer camps, educating the younger generation, and promoting research activities through the wider public.

The conference ended with an overview of the data on mammal sightings brought together for the Ukrainian Mammal Atlas. As a result of the conference, 24 researchers throughout Ukraine reported 3605 registrations of 99 species of mammals in Ukraine. The top 3 species by reported locations are Mus musculus (286), Capreolus capreolus (196), and Vulpes vulpes (169). The top 3 species based on the amount of CGRS grids filled are V. vulpes (36), M. musculus (33), and Lepus europaeus (29). 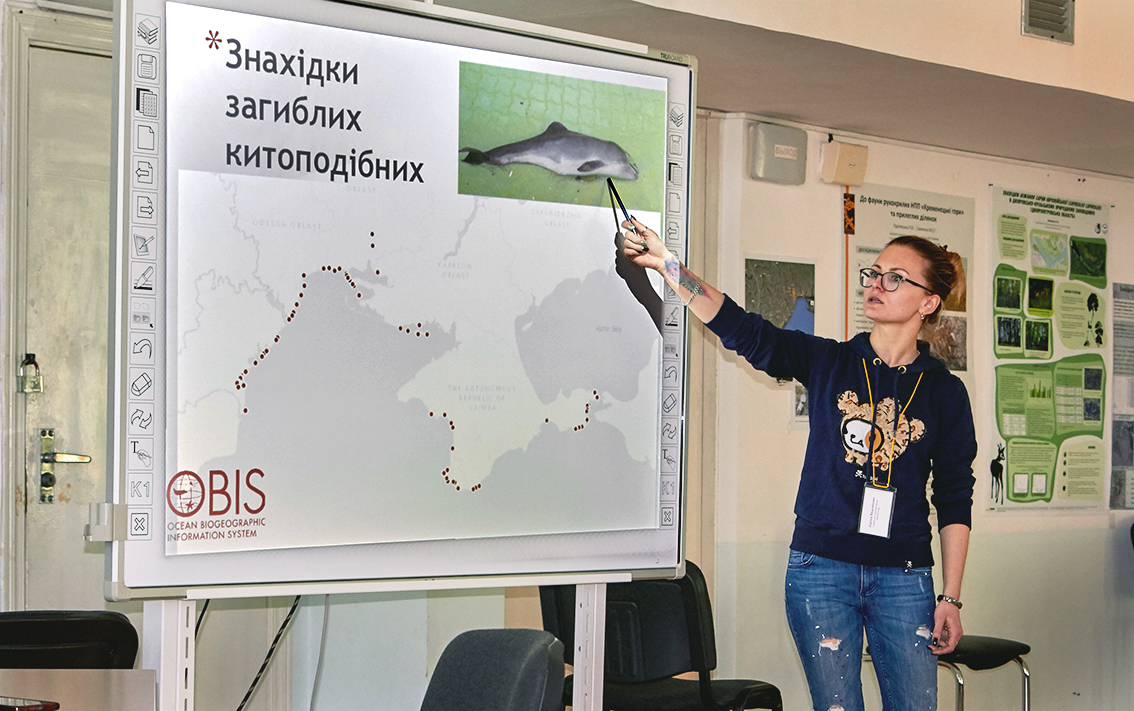 The records are distributed over 137 CGRS 50 km grids. The presented data is distributed unequally. The best results were provided for Kharkiv, Odesa, Zaporizhia, Chernihiv and Chernivtsi provinces of Ukraine. Zero records were given from Lviv, Rivne and Crimea provinces. This indicates the regions that are most important for field work and data mobilisation. A challenge awaits here for the coordinators of the National Atlas of Ukrainian Mammals.

The organisers of the conference want to express their gratitude to the sponsors of the conference, the European Mammal Foundation and the Mammal working group Soth-Holland of the Dutch Mammal Society. Special thanks to Moby Dick Antiquarian that kindly donated books for the winners of the poster contest.